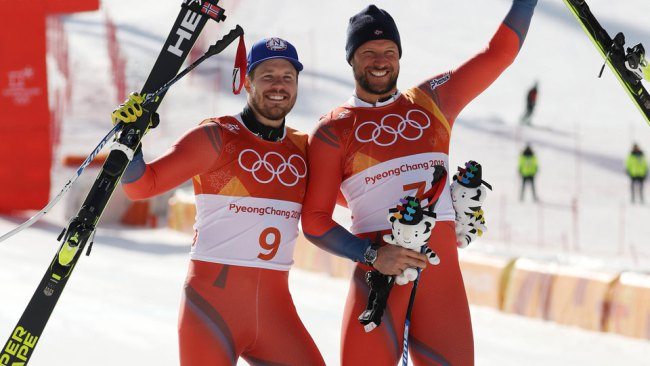 Whenever a group earns a nickname like the “Attacking Vikings”, you know they’re something special. This is the nickname given to the Norwegian athletes who compete in Alpine Skiing, and they’re a group that have dominated the Olympic medal podium for a very, very long time.

We can learn a lot from them. When you think of an Olympian, you think of only one person. Most events, including those in Alpine Skiing, have just one winner. Of course, a good number of team events do have their place on the Olympic stage, but the individual winners are remembered most vividly.

What strikes me however is that even though Alpine Skiing is an individual sport, the Attacking Vikings are a team. The Vikings are the best individual skiers in the world, yet they thrive not because they fly solo, but because they choose to train together and push each other in the off-season.

The video in the link here (http://www.nbcolympics.com/video/norways-attacking-vikings) really solidifies the importance of this training environment for the Norwegians. It’s an amazing look at why these athletes are successful, and how and what they do during training to help them prepare.

Obviously, the training cycle and specific physiological demands of skiing are both important, but I believe something equally important and definitely overlooked is the training environment and team aspect of training.

Sure, these individuals are all elite at what they do and have been working towards these moments their entire lives, but to be able to train each day as a team against people you’re competing against is a blessing. The Vikings push each other to their limits and try to outperform one another, all while having fun and advising one another on how to do something better. You even see it during the Olympics; the Norwegians interact with each other and skiers from other countries about what to look out for on the slopes. It’s almost as if they’re seeking a higher purpose beyond just winning a gold medal for themselves.

When it comes to training, remember that the environment you’re in is a huge part of how effective your training will be. Make sure there are people pushing you and competing with you. Be serious and be fun. Train hard and laugh.