It’s a little crazy to think that we’re almost a full month into 2017.  As everyone knows, with a new year comes a renewed set of New Years Resolutions. If you’re reading this right now, you probably fall into one of two camps. In camp #1, you’re totally kicking ass and living up to every resolution that you set for yourself. In camp #2, you’re wallowing in self-pity after yet another year of failure to reach your goals.

To those in camp #2 I say this: it’s only been a month. However, I’m not surprised if you feel this way, not at all. There are some good reasons for this, and as it turns out, only 9.2% of people in a New Years Resolution survey felt like they were successful in achieving their goals.

There’s nothing wrong with having high expectations, and I think it’s great that people set up a high standard for themselves and the way that they live their lives. But there is a difference between having a high standard and a standard that is out of reach.

When it comes to fitness, I think that most people actually gravitate towards the latter.

Now that you know that you’re not alone in camp #2, let’s talk about the simple reason why you’re among many others who feel like complete and utter failures: simply put, Instagram.

The Fallacy of Fitness Social Media

It should come as no surprise that social media is a powerful force that influences our thoughts and emotions. Often times, they paint a rosy picture of life, as you’ve just noticed yet another friend posting pictures from his/her epic vacation, for what seems like the 10th time in a row. The barrage of successes, accomplishments, and happiness never stops on social media. The collective successes of 500+ friends are ever-present, and as an individual, that’s a problem.

A recent article in Psychology Today discusses the link between social media, loneliness, and anxiety. Through our social networks, we have the ability to make connections with a wider spectrum of people than what was ever before possible. These connections are broader, but shallower; ironically, they result in feelings of disconnect and anxiety. It’s a self-perpetuating cycle in which loneliness and stress both contribute to social media usage, which in turn causes more anxiety, and more social media usage…and so on and so forth. 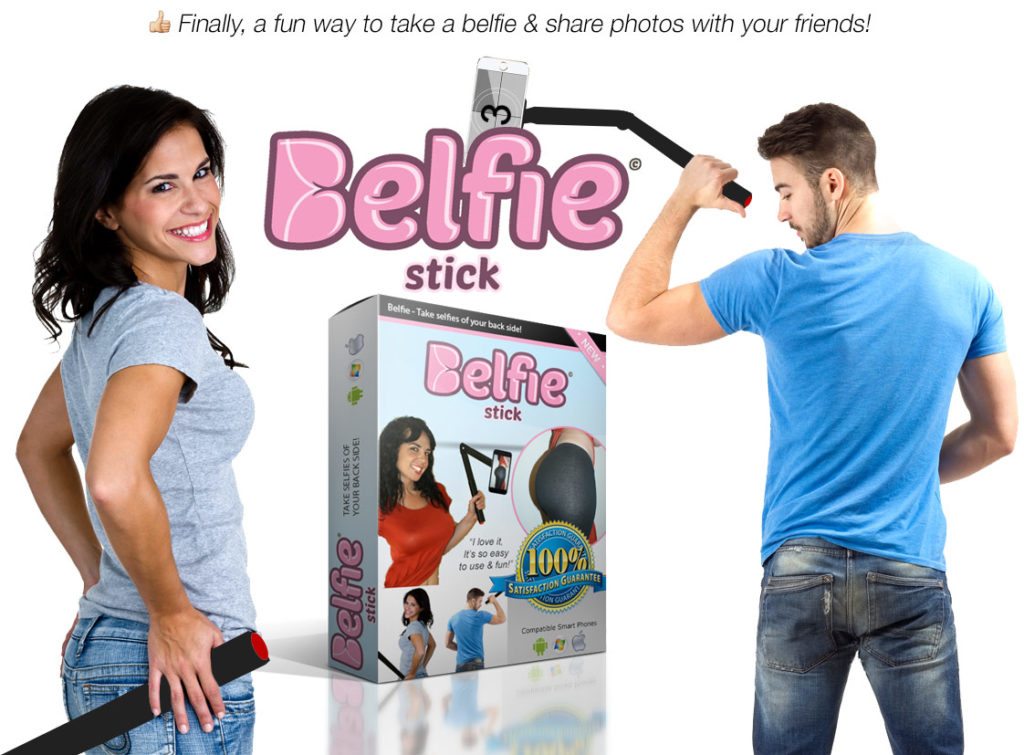 Specific to Instagram, this platform sets an unrealistically high standard for travel, leisure, and fitness. We’re all guilty of perpetuating this standard; I mean, who doesn’t like pictures of vast oceans and boundless skies, like the one above? In the fitness world, there are definitely dozens if not hundreds of what I like to call “Instagram models” who have a lot of influence, but even so, I wouldn’t be so quick to put them at fault. Generally speaking however, it is completely unrealistic to try and measure up to them in a matter of weeks or months when it comes to fitness or dieting. And from time to time, one of these Instagram models might start peddling products or services that are complete garbage, right under our noses.

We have to take responsibility for putting them so high on a pedestal, though. First off, the majority if not all of the pictures and videos we see on Instagram from fitness influencers are likely edited in some way (ahem, Photoshop) or shot with super-fancy high-definition cameras. Not to mention, they’re probably wearing a ton of professional makeup to accentuate all their features. There’s a professional quality to this kind of content which definitely attracts views and likes, but we often lose sight of the fact that all this is done specifically for the content being produced, and not necessarily in everyday life. If you were to see these influencers walking around in a big city, you might be taken aback by how “normal” they look.

Besides these superficial means, there is one more thing that these people have gotten to where they are at, and this is definitely way more important than professional touches on pictures and videos. This one single, magic solution is simply that they’ve put in the effort over time. Nothing was given to them overnight, and they put in thousands of hours to get to where they are currently and to look the way they do.

Progress and achievement not only takes dedication; it also takes patience.  The 10,000 hour rule is best associated with psychologist and author Malcolm Gladwell, who proposed that 10,000 hours of deliberate practice are needed to become an expert at anything. A good dancer looks like a dancer. A good Olympic weightlifter looks like an Olympic weightlifter. While this has been proven to be variable from person to person depending on genetics, environmental factors, and other skills carrying over, the biggest takeaway is that there has to be a devotion of time in order to achieve anything.  Think about whatever success you have had in your life and I can assure you that nothing happened overnight, but instead took hours upon hours of practice. 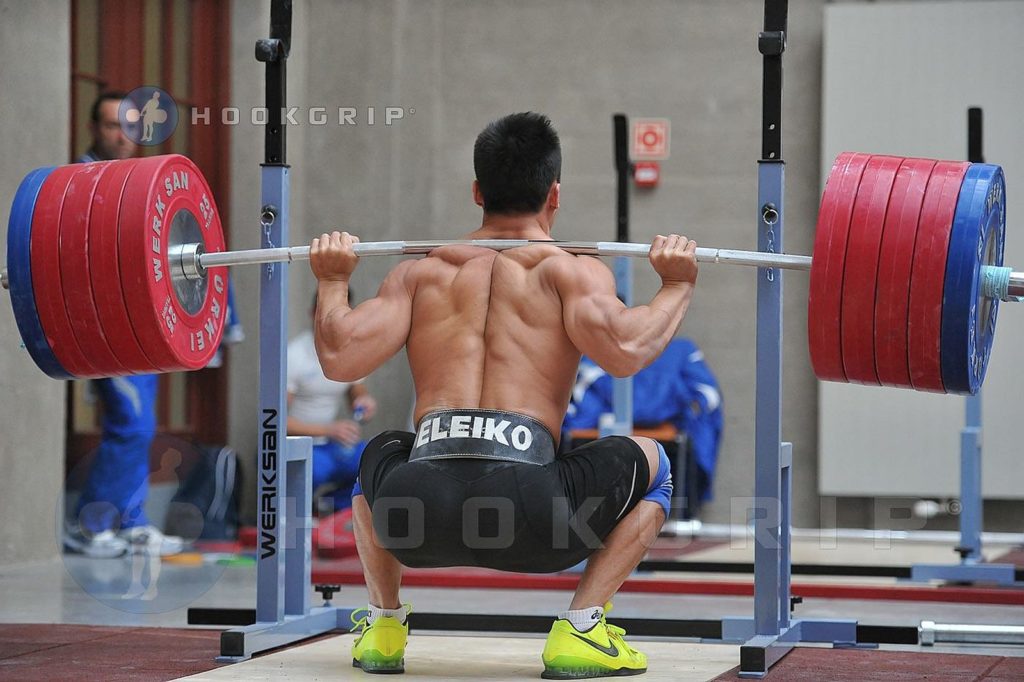 Try looking like this in barely a month. Courtesy of hookgrip.

Diet and fitness goals are just the same way. It’s also why detox diets and 14-day workout blasts won’t get you the results you want.  They are simply not sustainable and don’t form any concrete habits that will get you on the path to fulfilling your fitness resolutions.

To reach your fitness goals you need to make lifestyle changes.  The best approach to making these necessary changes, that I’ve used with myself and those I have worked with, starts with two measures.

First, we have to start with why. This is something I learned while I was interning at Mike Boyle Strength & Conditioning, and it helps immensely to have this internal dialogue in your head.  Instead of thinking about losing X amount of weight or getting to X amount of body fat, opt to understand the reason why you are doing so.  If you really analyze your reasoning at the core, it can be quite enlightening and provide further drive.  I will never forget the example my colleague Kevin Carr gave me of a client who, when she really thought about it, wanted to get in shape to “enhance bedroom activities,” to put things lightly. After this, things took off for her, and she went on an upward trend towards a better body. Constantly reminding yourself of “your reason why” will help you stick to your goals.

The second measure is to simply set small milestones on the way to your long-term goal. When people sit down and contemplate what their goals are, whether they’re aware of it or not, the first few that usually come to mind are of a long-term nature. A long-term goal can seem quite daunting. Instead, set weekly or biweekly goals that are realistic and achievable.  This will keep you motivated and if you miss one small goal, it isn’t the end of the world.

So how can you become part of the 9.2% that actually feel like they’ve achieved their fitness goals? First, start with the “why.” Second, set small, achievable goals that will take you on the right path towards your long-term goal. Understand that true, sustainable progress comes from lifestyle changes and putting in the effort over time.

Finally, stop trying to validate yourself against the fitness standards set by Instagram models and influencers, and understand that they, too, started from square one.  Instead of striving to look like them, opt to simply become the best damn version of yourself. 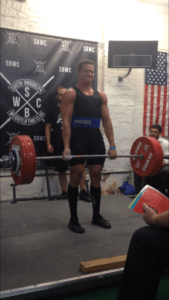 Dan Cerone is the Director of Programming at Halevy Life.

Prior to joining the team at Halevy Life, Dan completed a coaching internship at one of the country’s premiere strength and conditioning facilities where he worked with a wide variety of athletes, but mainly professional and collegiate hockey players. More recently, Dan worked as a Strength and Conditioning Coach at Ithaca College where he programmed and worked with numerous varsity teams.

Dan is a competitive powerlifter who has placed first in multiple competitions.