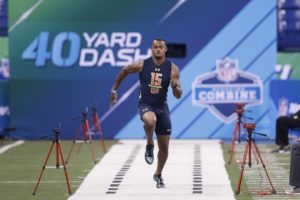 ​The NFL Scouting Combine is coming to a close, and the football world is beginning to take its bets on the prospects who will be drafted next month and where on the draft board they’ll end up. The Combine is where scouts evaluate football talent; the Draft is where prior performance in college and Combine results are validated.

Ideally, a football prospect would have a great college career and a great showing on all the tests and evaluations of the Combine. Generally speaking, this will result in being selected in one of the first few rounds, or being one of the first to come off the board at his specific position. It’s hard to be picked high if you don’t have both a college career and Combine results to show for.

When it comes to testing and measurement, the Combine is perhaps one of the most thorough ways to evaluate football talent and general athleticism. And it has to be; the stakes are very high, and the athletes who take part are among the best who have yet to turn pro. The event is perhaps most famous for tests like the 40-yard dash, broad jump, vertical jump, max bench press reps at 225 pounds, various agility drills, and the infamous Wonderlic test. Even so, we are only scratching the surface when it comes to all the testing and screening that the week-long showcase encompasses.

Could you imagine getting tested over the course of 4 days on both your physical and mental capabilities? The combine leaves no stone unturned. Athletes are medically examined, interviewed, measured, and tested to determine their athleticism, football skill, and football instinct. It’s like our H-FIT assessment, but multiplied by a factor of 4.

There is plenty of anecdotal evidence of players who improved their “draft stock” with a strong showing at the Combine. Perhaps they didn’t turn heads or garner media attention during their college career, but were able to demonstrate elite athleticism at the Combine. It doesn’t matter who you are; if you’re fast, strong, or explosive, you will turn some heads in the objective tests meant to measure those qualities.

Theoretically, this means that someone can “train for the test”–not football specifically–and still have a successful Combine. There are plenty of Combine-prep programs out there that put prospects on a training regimen specifically designed to enhance the athletic qualities that are tested during the Combine. And it does get some people ahead.

But how do these athletic qualities translate to the actual game of football? Predicting in-game performance from objective tests of athleticism are difficult; games are random and unpredictable, requiring much more skill than simply trying to jump through the ceiling. It’s a classic instance of the debate about athleticism versus skill.

For example, no objective test can really mimic the game situations that a quarterback must face. Along the same lines, you can have the genetic makeup of an elite athlete, but that doesn’t mean you will end up as a professional athlete, let alone a successful one.

Tom Brady will probably go down as one of the greatest quarterbacks in NFL history, but he had a rather unremarkable showing at the Combine many many years ago. Nothing from the Combine could predict the longevity and legacy of Brady’s career, yet we still place a lot of stock in this annual showcase of athletic talent.

So why is testing and the Combine still so important? Can you measure fitness the same way you measure talent?

In our H-FIT assessment, we pride ourselves on leaving no stone unturned when it comes to health & fitness. We measure as much as we can; everything from strength, to maximal oxygen consumption, to body composition, and more. We try to learn as much about you as possible to make private training as effective and productive as possible.

The NFL Combine doesn’t predict the future success of its participants, and it was never meant to. It’s simply a way of showing whether its participants have the athleticism to get their foot in the door among the best athletes in the world.

Along the same lines, our H-FIT assessment shows your current level of health & fitness, so that we know exactly what you need over the coming months to be successful and reach your fitness goals.

It’s always better to have some objective data backing you up. How do you know what you’ve improved, if you haven’t measured it? You can also choose not to get assessed, and blindly follow any random program you can find. Maybe you’re a sprinter who wants to improve his times, and you’ve chosen to follow a conditioning program meant for a marathoner. You might be successful, but there is a higher chance that you won’t be.

Going through an assessment and getting objective measurements ensures the future success and effectiveness of your training. It makes the path ahead clear so that you know what to expect. That’s why our H-FIT assessment is so important, and why it’s the first step for all of our private client members.

Along the same lines, it’s also why the NFL Scouting Combine is still an important event for football prospects. Some day soon, a team will refine the art of converting objectively-measured raw athleticism into elite football skill and performance. Until then, we should all measure as much as we can. 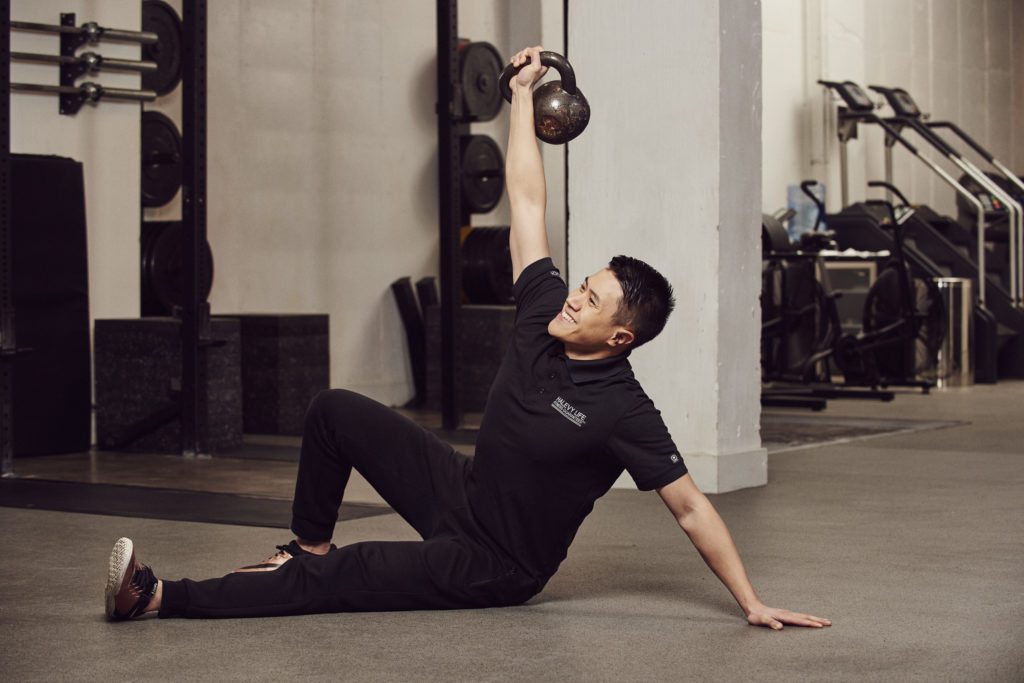